I was introduced to Mike Nettleton by Carolyn Rose, who shared her ghost story earlier this fall. When I heard he too had a spooky tale to share, I asked him if I could feature him on the blog. Check it out–it’s a great story.

Mike is the author of The Shotgun Kiss and co-author with Carolyn Rose of Drum Warrior, Death at Devil’s Harbor, Deception at Devil’s Harbor, The Hard Karma Shuffle and The Crushed Velvet Miasma. He and Carolyn also collaborated on a collection of short stories called Sucker Punches. More on these books and what he’s up to lately on the website www.deadlyduomysteries.com

Mike grew up in Bandon and Grants Pass, Oregon. A stint at a KSOR, a college radio station in Ashland(The big SORE, flinging 5 watts from the top of the science building), led to a multi-state radio odyssey with on-air gigs in Oregon, California, and New Mexico under the air name Mike Phillips. In 1989 he returned to the Northwest and in 1994 joined KEX Radio in Portland where he hosted news and talk shows. Retired since 2011, his hobbies are golf, pool, Texas hold-em poker, and acting and doing tech work in community theater. 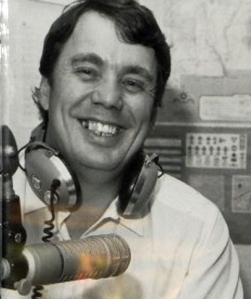 Neal Egan, former police detective turned golf hustler, can’t escape from the gravitational pull of his beautiful ex-wife Desiree Diaz, the daughter of one of New Mexico’s most prominent men. When Dez becomes the prime suspect in the brutal shotgun slaying of her current lover, Neal is drawn into an investigation that promises to end badly.

Neal faces crazed and violent bikers, the Mexican mafia, and a sleazy television host exploiting the case to jack his ratings. On top of that, an angry golfer who has discovered Neal’s pedigree threatens to blow the whistle and destroy his primary source of income.

With the help of his friends—a roly-poly lothario private investigator, an eccentric audio expert and information broker, and a gifted computer hacker—Neal follows a trail that leads into the dark world of methamphetamine labs and internet pornography. When he discovers the dirty secret behind the homicide and confronts a crazed killer, Neal nearly loses his life, his sanity, and the love of a woman who could be his salvation.

Available at Amazon, Barnes&Noble, and Kobo.

In the mid-eighties, I took a break from on-air gigs and partnered with Rick Huff, a longtime friend, in an audio production and copywriting business. Initially, we operated out of the studio of KHFM, a classical station in Albuquerque housed in an old stucco building in a residential neighborhood. In exchange for free rent on the studio, we handled their commercial and promotional production needs. This made it necessary, on a regular basis, to conduct our outside business evenings and even late at night and into the wee hours.

One morning about 3AM, having procrastinated our way into panic mode over an upcoming deadline, we sat, swilling cold coffee and trying to invent a creative way to sell furniture, cars or fast food. I disremember which. We’d been bouncing ideas back and forth, none of which sounded promising. Rick sat at his desk facing the door to the office. I was sprawled across the client chair facing him.

“So what if we had a singing and tap-dancing avocado to sell the guacamole burger,” I said, (Or words to that effect, depending on what we were trying to flog). Rick’s face went ashen, his eyes bulged out of his forehead and his mouth dropped open. He pointed at me, but no words came out of his mouth.

“Hey, it’s not that stupid of an idea.” I protested.

I felt ice crawl up my backbone and into my neck. Swiveling the chair, I caught a glimpse of something: dark cloth; flesh tones; long flowing hair; flitting away down the hallway. Rick rose from his chair and careened after whatever it was. As if magnetically drawn to him, I followed. Strangely, I felt no fear. Whatever it was didn’t radiate threat.

When we arrived in the lobby, we saw her standing near the glass door, hovering an inch or two above the floor. Middle-aged, petite and Hispanic, with flashing eyes and long dark tresses, she wore a dark gauzy dress and a multi-layered lacy top. Her lips drew back in a sly smile and in the wink of an eye, stepped through the solid wall of the building as if it was made of smoke. We bustled outside, but didn’t see or hear any trace of her.

Later, when we’d worked up the nerve to tell others who worked in the building what we’d seen, we found some of the old-timers had also spotted the apparition, usually late at night. Since the building wasn’t old enough to account for the kind of clothing she wore (it definitely felt like 19th or even 18th century garb) we theorized that another house or ranch had once stood on that site and she returned regularly to check up on the current status of the property.

Although we continued to brainstorm well after midnight, we never caught another glimpse of our female Fantasma of the Madrugada (ghost of the early morning).

Thanks for sharing your story, Mike!

This entry was posted on November 28, 2015 by Melissa Eskue Ousley. It was filed under Ghost Story and was tagged with author feature, ghost, haunted, Mike Nettleton.