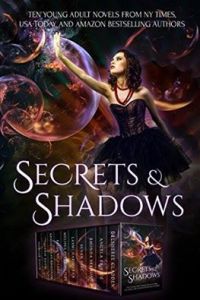 Native to New Mexico, DelSheree Gladden and her husband spent several years in Colorado for college and work before moving back home to be near family again. Their two children love having their cousins close by. When not writing, you can find DelSheree reading, painting, sewing, and trying not to get bitten by small children in her work as a dental hygienist. DelSheree has several bestselling young adult series, including Invisible, which was part of the USA Today Bestselling box set, Pandora. The Date Shark Series is her first contemporary romance series, and the first book in her upcoming new adult series, The Ghost Host, will be included in the Secrets & Shadows box set. 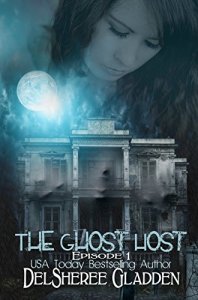 Everyone thinks Echo Simmons is crazy, but being The Ghost Host isn’t just a YouTube hoax like people think. It’s the only way to control the ghosts haunting her…at least until the FBI shows up asking questions.

The first eighteen years of Echo Simmons’ life have been less than ideal. On more than one occasion her parents have considered committing her. They don’t believe she sees ghosts or that they harass her on a daily basis. So when a rogue ghost begins tormenting her, they’re the last people she’s going to tell. Her best friends Holden and Zara are doing their best to help, but ghost attacks are only the beginning of Echo’s problems.

Handling the ghosts by giving them a voice on YouTube through her webshow has been her saving grace—even if her parents think it’s all a hoax—but that gets a little complicated when the ghost of Madeline Crew reveals a little too much about her previous life and the FBI shows up at her door wanting to know how she gained access to long-buried government secrets.

It just keeps getting worse from there. Madeline’s message to her great grandson sparks a strange connection between Echo and Malachi, which leads to Georgia, secrets, mistakes, love, lies, and life changing revelations.

Angela grew up in Alberta, Canada. She dreamed of becoming the next Dian Fossey or Jane Goodall, until she realized she wasn’t all that keen on the outdoors or animals. Instead, she went into education and focused on elementary education and helping struggling readers. Her passion for writing grew gradually after being ignited by The Hunger Game and Twilight crazes. Angela lives on Vancouver Island with her family, where she is pursuing her Masters degree while continuing to write and serve as an instructional coach. Her award-winning book Waken, book one in the Woods of Everod series, will be included in the Secrets & Shadows box set. 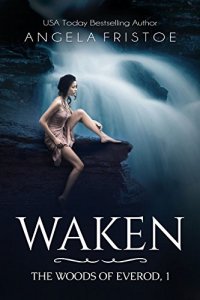 Confronting the truth could kill her.

After years of abuse and eventual abandonment, Janie wants to forget her parents ever existed. Moving to her mom’s hometown of Everod doesn’t make that easy. Then she meets Tristan. The emotions he ignites within her are almost enough to make her ignore all of the weird things he says. Almost enough to ignore the way the entire town seems ready to pounce on her as if she were fresh meat.

Almost, though, isn’t enough when Janie finally discovers what the town is hiding. The people of Everod have been waiting for Janie and if she hopes to survive, she’ll need to confront the truth of who and what she really is.

Rhonda Sermon lives in Perth, Western Australia with her husband and two children. Her debut young adult urban fantasy novel The Midnight Society was a finalist in the Young Adult category and overall runner up in the The Strongest Start 2012 Contest hosted by TheNextBigWriter.com.

Rhonda was determined to write a book which teens and their parents would all enjoy reading. A book filled with adventure, magic and history. Not only does Rhonda’s book offer abundant action and suspense, but it also tackles the themes of family, friendships, first love, betrayal, sacrifice, loyalty, the devastation of war, fighting for the greater good, and promises to leave readers thinking hard about what truly matters in life. Rhonda has created believable and engaging characters. There are interesting and unexpected plot twists from beginning to end. Nothing and no one is as they seem.

On the good days, she adores writing, on the challenging days, it’s still awesome. Her two ragdoll cats can often be found helpfully walking over her keyboard, chasing her mouse or generally complaining loudly about the lack of priority their needs are being given.

The Midnight Society was originally released as Timesurfers, and will be included in the Secrets & Shadows box set. 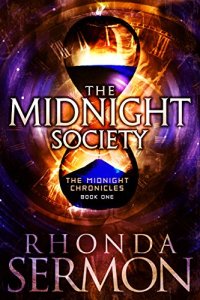 Her life is a carefully manufactured lie. It’s kept her safe and hidden until now. Witness protection has a protocol for every threat – except magic.

Fifteen-year-old Cate is seeing things. A ridiculously charismatic boy just appeared out of thin air, disarmed a bomb at a busy bus stop and then vanished again. Everyone around her was oblivious because they were frozen like statues the entire time.

Cate has stumbled into an invisible war in a realm filled with dark magic and time travel. She is now being stalked by not one, but two dangerous wizards.

When her brother disappears, a terrified Cate is forced into the brutal world where she must risk her life to search for him. Can she overcome the devastating and potentially deadly betrayal to find him?

This entry was posted on November 12, 2016 by Melissa Eskue Ousley. It was filed under Books and was tagged with author feature, award-winning, bestselling, Secrets and Shadows, young adult.