One of the things I love about Astoria, Oregon, are the old houses. With its many Victorians and steep, hilly streets, Astoria reminds me of a smaller version of San Francisco. The most famous house in Astoria (besides the Goonies house) is the Flavel House. This Victorian mansion was built in 1884-1885 by Captain George Flavel, an important bar pilot on the Columbia River. Both the interior and exterior are gorgeous, and the house is worth a visit to see the architecture and learn about the history. It is rumored to be haunted by the captain, but the house is more interesting than creepy. Perhaps it would be more frightening if you were there alone, after dark.

There is another Flavel house in town, almost as famous as the captain’s. It was built by his son, George Conrad Flavel, who was also a captain. Built in 1901, the Colonial Revival-style house has wonderful views of the river and beautiful stained glass windows. After George Conrad Flavel’s death in 1923, his son Harry M. Flavel inherited the house, where he lived with his wife Florence and their two children, Mary Louise and Harry S. Flavel. 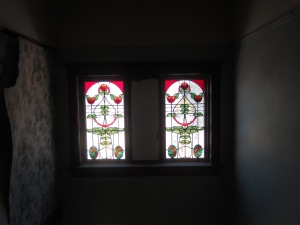 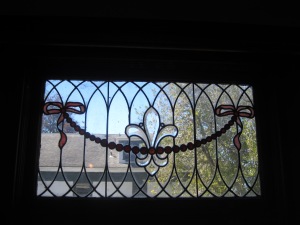 Although the second Flavel house is not rumored to be haunted, it has a dark history. At age 20, in 1947, the younger Harry allegedly attacked a neighbor with a hatchet. After that incident, Harry and his mother and sister were rarely seen in Astoria, becoming recluses in their own home. Years later, in 1983, Harry S. served time for stabbing a man. When he was released from prison after seven years, he and his family disappeared from Astoria. For twenty years, the house remained abandoned and derelict until the city of Astoria claimed the property. With signs of neglect and boarded up windows, the house certainly looked haunted, even if it’s not. 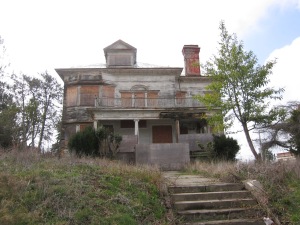 There is a happy ending to this story, however. In 2015, the house was sold to Greg Newenhof, co-owner of Astoria’s City Lumber Company. Since taking possession of the house, Mr. Newenhof has begun restoration, a long process to bring the house back to its former glory. In a partnership with the Clatsop County Historical Society, Mr. Newenhof recently opened his new home to the public, offering tours. Hundreds of people bought tickets. I was one of them—like the other visitors, I’d been interested in this house for years, and was so excited to finally be able to see the inside.

I wasn’t disappointed. The house has gorgeous historical details—paneled walls in the dining room, carved pillars in the sitting room, a beautiful fireplace in the living room, and marble sinks in each of the four bedrooms. My favorite room was the attic, because it still held some of the Flavel family’s belongings: an empty cradle, a tattered jacket, a drum, and old books. 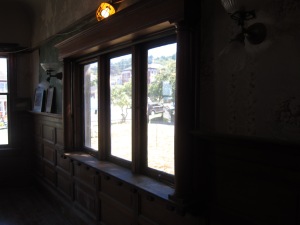 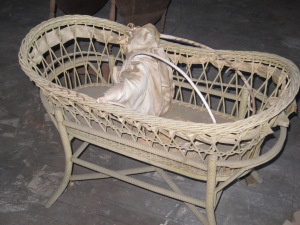 One of the reasons I wanted to see this house is it served as inspiration in my novel, Sunset Empire. I imagined one of my characters, Phantom, living in the house with his mother. To tour the house, and look out the windows at the Columbia River as I imagined my characters doing, was absolutely thrilling. It will be exciting to see the evolution of this house as Mr. Newenhof restores it. I hope he hosts a second open house when the renovations are complete.