Today Donald Trump is being sworn in as president of the United States. Tomorrow, over a million people will march in protest at more than 600 events across the world. The biggest march will be in Washington D.C. I’ll be walking in solidarity in the march in Astoria, Oregon.

Why am I marching? Because the election of this man is not an occasion for celebration, and I will not be silent about it. We have evidence from our country’s intelligence agencies that his campaign was helped by Russia. That is alarming. I’m also concerned about those in Congress who support him, who are hellbent on dismantling the ACA and leaving millions of Americans without health insurance. I’m frustrated about the deep-seated racism and sexism that worked to promote a bigot to the highest office in our country.

I’m troubled by prominent right-wing Christians (Pat Robertson and Franklin Graham, to name two) who seem to believe Trump was God’s choice for the job. As they seek to blur the lines between church and state, they seem to have lost sight of the basic Christian tenets of showing compassion and loving one’s neighbors.

Pat Robertson dismissed Trump’s bragging about sexual assault as “macho” talk. But how can a man who touches women against their will be a suitable leader and role model? Trump has given us plenty of evidence of his sexist language and behavior—how can we simply dismiss that? How does that kind of disrespect align with Christian values?

Franklin Graham not only continued to support Trump after his bragging incident, but he has a history of making statements against Islamic people. The irony is he runs an international charity meant to help people, regardless of their faith. I’m not saying Samaritan’s Purse hasn’t done good in this world—I’m sure it has—but I question some of its practices under Graham’s leadership. Before the election, he used his charity to tour the country in a flag-emblazoned bus and distribute political materials. Why is a religious charity entwined with politics? Why was money, donated to that charity for the purpose of helping the poor around the globe, used to promote Trump? I’m sure Graham would deny that, and say his materials were balanced equally between Trump and Clinton, and simply meant to educate voters. But I read his materials and there was a clear bias toward Trump, given the language used and the discussion on issues such as abortion and LGBTQIA rights. Now Graham has a role in the inauguration. I guess his loyalty to Trump has been rewarded.

This is why people hate Christians. I’m a Christian, and I can see that. I get it. And I welcome the criticism of my faith. We need that kind of feedback if we are to do better. We’ve got to stop telling people how to live their lives, and start loving them. Our actions need to speak louder than our words.

I’m not saying all Christians are alike. The faith has a spectrum, from conservatives to liberals. We have extremists and progressives. There are a lot of different kinds of churches. But in this election year, the voices of right-wing evangelicals have been the loudest. While there are those of us who vehemently disagree with their ideology, I believe we too are accountable for their actions because we know better. We know what Christianity is supposed to be, and we have to do better. I grieve the fact that collectively, we are pushing people away from faith because of our own interests, giving them cause to hate Christ. I can see that we are failing people, that we’ve pushed our identity and philosophy so far into politics that we’ve broken our government, rendering it dysfunctional. This election is evidence that our government is no longer representing the will of the people. I believe strongly in the separation of church and state for this reason.

I believe in freedom of religion, but I also recognize that this freedom applies to everyone, not just me. I don’t get to push my faith on other people. That’s a good thing, because it means no one else can force me to follow their belief system either. Freedom of religion in practice requires a willingness to respect people of other faiths (and to respect the right to not believe at all). It means I don’t get to infiltrate the government and then make laws based on my faith that disrupt other people’s lives. Freedom of religion is meant to promote equality. It’s not meant to promote one religion over others, even if that religion happens to be my own.

Before the election, a dear friend shared a video from YouTube with me. The premise was someone had prophesied that Trump would unite America—that he was God’s chosen one come to save us—a messiah. I think her intention in sharing this was well-meaning. I believe she honestly wanted to know what I thought.

I was surprised she shared it with me, because I’d made no secret of my opinion that Trump was anti-Christ. Perhaps not the anti-Christ, but certainly opposite of the teachings and example of Jesus. I do think one part of that prophecy has come true, however. Trump is uniting us—just not the way the so-called prophet might have expected.

So tomorrow we march. I’m marching to represent my faith, because loving my neighbors is one of the most important things I can do, particularly in times like these. Love is stronger than fear. I’m marching for women’s rights. I’m marching for people who aren’t white, or heterosexual, or Christian, because I believe they should be valued and included equally in our society. I’m marching because Trump’s woefully unqualified cabinet picks will dismantle things I care about: education, access to healthcare, the environment, and so much more.

I’m marching for my two children, so they know what it means to stand up for what you believe in and to have empathy for others. And my sons and my husband are marching with me, because they too understand and value these things. They know the world can be better, but we have to rise up together and change it ourselves. We are the resistance.

Go Jump in a Lake 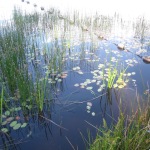 I struggled with what to blog about this week. If you’ve been paying attention to the news, the past two weeks in this country have been full of darkness. Between the Stanford rape case and the shooting in Orlando, there’s a lot I could write about: anger about a minimal sentence for a horrific sexual assault, frustration that rape victims are so often second-guessed and blamed, sadness at the loss of 49 lives in yet another mass shooting, fury at those who use religion as an excuse to harm LGBTQ people (and I’m not thinking about Islam here as much as I’m thinking about some of the comments I’ve seen from fellow Christians). I’ve cried for people I don’t even know. I’ve felt hope seeing people come together to show love and compassion to those who are hurting and to demand change so these terrible things don’t happen again.

I started to write about these things in depth, in an attempt to make sense of the evil in our world, to somehow express the emotional turmoil I’ve felt. Then I took a walk. 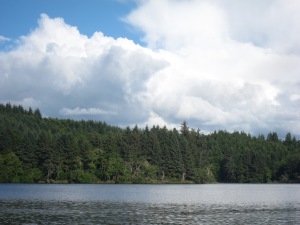 Today was the last day of school, and to celebrate, my twelve-year-old twin boys invited over three friends. The six of us walked to a local lake–the five of them, chatting happily about all the things kids that age talk about, and me, tagging behind just a little bit, watching them, marveling at how untouched by darkness they still are. How they joke and laugh and scream with delight when they jump into a cold lake. How they splash each other and play catch and see how high they can swing when they finally get out of the water to warm up in the sun. How they get excited over seeing a fish swimming next to them.

I need this sometimes, this silliness and joy. To witness all the life in these kids—pure and full and beautiful. I need this so I remember how much light there is, even when there’s so much darkness. 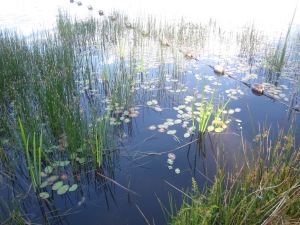