Hi guys! I’m so excited to introduce you to fellow Oregon coaster Julie Dawn, author of Yosemite Rising. Julie grew up in southern Jersey, spending the summers collecting bee stingers in her feet. After graduating from Richard Stockton College, she dipped her toes in the environmental field for a few years, got married, moved to North Carolina, and finally got to become a mom. Four years of living in state parks was enough to make her relocate to the Oregon Coast. Under bright stars, she started writing again, determined to change the world one story at a time.

Today Julie will be sharing about her book (check out that cover!) and her version of an urban myth familiar to many of us. I remember hearing about Bloody Mary in the fourth grade, standing with my friends in a school bathroom with the lights off as we tried it. Chilling.

A legend that will change the world.

It’s been 150 years since the Ahwahnee Indians lived where Yosemite National Park now stands. Their last surviving Chief appears to Elizabeth Hutchings, a twenty-year-old biology student, the very day her parents die. Within 24 hours, she too is clinging to life as his whispers echo in her thoughts.

An ancient prophecy has begun. A plague rips through the world’s population, taking everyone and everything she has ever cared about. As agents of a mysterious organization called Meadowlark hunt her, she must find the strength to fight the infected even as she struggles to keep herself alive.

Just when she thinks she can’t go on, a man from her past arrives. He holds the key to understanding the prophecy. If she can unravel its secrets, she not only may change her own fate—but the fate of the entire world.

Yosemite Rising is available on Amazon, Barnes & Noble, and Books-A-Million.

Want to win a copy of Yosemite Rising? Check out the giveaway! 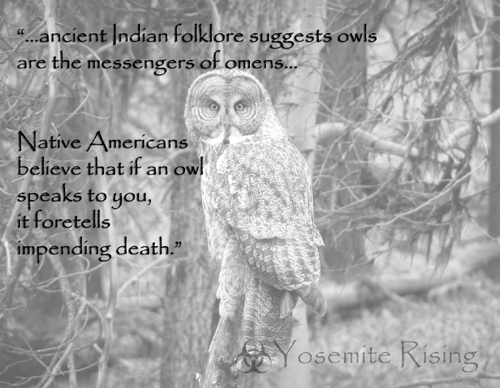 In elementary school there was a tale known all too well by every little girl. I first heard it at a friend’s sleepover party. The Monday in school, the class filed down the cement brick corridors toward the bathrooms. The whole class split into two groups based off sex. Five at a time were allowed in the large, windowless, fully tiled, tomb of a room. I hovered over the toilet with my pants down, avoiding urine and disease another little girl might be carrying. Then the lights went out. Darkness suffocated the room. One of the girls giggled and pulled the door open. Faint light flooded the floor outside the stall. She whispered, “Bloody Mary.”

Then the bathroom room shut, locking all the light from it.

She’ll be coming soon. We had already opened whatever keeps her in the mirror. Any moment now. She had already followed us to school, waiting. Waiting for this moment. She’s always waiting.

Now it’s my turn to tell a story—her story—with a modern twist to it….

The year was 2007. The remaining good music of the 90s was fading quickly into pop. Jan arrived before the others. It was my first sleepover. Mom and Dad had held out until I was 13, but agreed for my birthday. Tonight was my night.

The second to arrive was Alice, my sister’s friend. I never saw Hazel anymore, not since Alice moved to our school—into our lives. No one knew why she had moved all the way from New Jersey, but the piercing in her nose made me suspicious.

“What’s up skin,” Alice said, stepping past me through the doorway. “So where’s Haze?”

I nodded toward the back bedrooms.

Jan stood behind me with her arms crossed, letting out a sigh.

Brakes screeched as Becky’s dad’s 1970s Dodge pulled up. Chips of paint crinkled to the ground as she opened the passenger door and waved bye to Mr. Burke. He was nice, but lately really messed up from the divorce.

She came running up the walkway with a shitty-ass grin. It was her idea to invite Misty Morgan. Mom still hadn’t received an RSVP, but Becky heard from Ava that Misty’s best friend, Polly, was sick. Even she wouldn’t waste a Friday night at home with her parents.

Sure enough she showed up last.

We did the pre-planned games Mom had agonized for weeks over, devoured two trays of pizza, and scarfed down a sheet of cake.

Hazel microwaved popcorn and turned out the lights.

Alice cracked open a bag and sat down in front of us. Steam rose out and she shoved the yellow balls down her throat.

Sleeping bags filled every inch of carpet, squished between the couch and entertainment system. Jan unrolled her sleeping bag to my left. Becky laid her thrift-store Thunder Cats bag to my right.

Alice clicked on a flashlight and pointed it like a gun underneath her chin. Her face morphed into a demon’s. Dark circles drooped beneath her eyes and her voice deepened. “Who’s ready for some scary stories?”

I looked over at Misty. Her eyes widened and she drew her knees into her chest. Two of my other friends, sitting with her, imitated her every move.

“Why don’t we play Truth or Dare first?” Misty looked at me and lifted her eyebrows.

Misty looked at her and sat up straight. “Dare.”

“I dare you to sleep tonight.” Alice pointed the flashlight at her.

Alice laughed, brought the light back to her face, and began to sing, “I’m Henry the Eighth I am. Henry the eight, I am. I am. I’ve been married to the widow next door, seven times before…” Her tone went dark. “Henry the Eighth was married six times, throwing away his first after 24 years of marriage. They had one child named Mary.”

Alice grinned. “Legend has it, if you walk backwards up a flight of stairs, holding a candle, look into a mirror, call out her name three times, she will appear to you.”

“Then what?” Becky yelled out, sinking into her bag.

Misty shifted and the other girls moaned.

Alice reached into her pocket and pulled out a lighter, flicking on its flame. “Who wants to try it?”

The room went silent. The sound of the refrigerator hummed through the house. My heart pounded. No fucking way!

“How about the birthday girl?” said Misty.

All the other girls nodded their heads. They didn’t want to be the sacrifice.

“I’m sure the hallway will work just fine,” said Misty.

I shouldn’t have invited her. I pushed out of my sleeping bag. I’ll show her. “Sure.”

They all gasped, each breath created a chorus that filled the room for a moment.

Alice handed over a candle and I turned my back to the hallway, taking small, careful steps over the river of sleeping bags.

Jan leaned over, “You don’t have to do this.”

I looked at her, glanced over at Misty, and whispered in her ear, “Yes I do.”

She knew I had to. This was the year I wasn’t going to be whispered about behind closed doors, the year I was going to become someone. I took a step backwards and held my head up, taking a breath.

Alice’s eyes were wider than normal. Hazel stood beside her with worry covering her face.

I shouldn’t be doing this. I took another step and they all took one to follow. Three more got me to the edge of the hallway. The hum of the refrigerator had faded against the pounding of my heart. The soft glow of the stove light had disappeared. The candle flickered like a mad woman against the wall.

Jan was the closest to me. She stopped.

I was there—at the edge of the bathroom. I can’t do this. I closed my eyes and felt the cold, damp air spilling between my toes.

I stepped in. The room lit up as the flame caught its reflection in the mirror. I turned around and set the candle by the sink. The candlelight made my blonde curls sparkle in the mirror. Just get it over with. I said, “Bloody Mary.”

Nothing happened. I exhaled. “Bloody Mary.”

I searched the candles glow for anything in my reflection. My heart pounded to get out of my chest. There’s nothing there. I exhaled again. The mirror fogged where my breath would be, if I had been standing closer. My curls looked like they were turning red, my irises darkened.

“Move,” said Misty pushing through the girls stuffed in the doorway. She looked at the mirror. “Bloody Mary.”

For a second, I looked like a whole other person, older. Then my face turned and looked at Misty. I stood there watching as my reflection turned.

“Ha. See. Nothing,” Misty said. She looked at me, my reflection still watching her.

The woman in the mirror smacked her palm against the mirror.

I jumped back and pressed my back against the wall.

“What’s wrong with you?” said Misty.

Bloody Mary’s Mirror was scribbled on her hand. The ink smeared as she pressed harder against the glass.

This entry was posted on September 19, 2015 by Melissa Eskue Ousley. It was filed under Ghost Story and was tagged with author feature, bloody mary, ghost story, legend, myth, zombie.